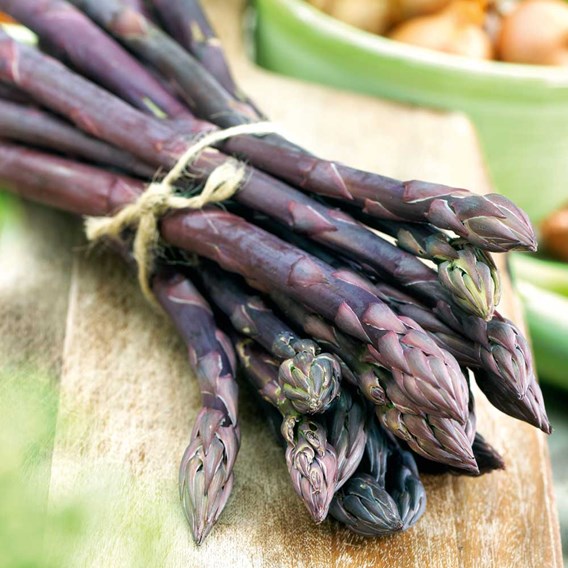 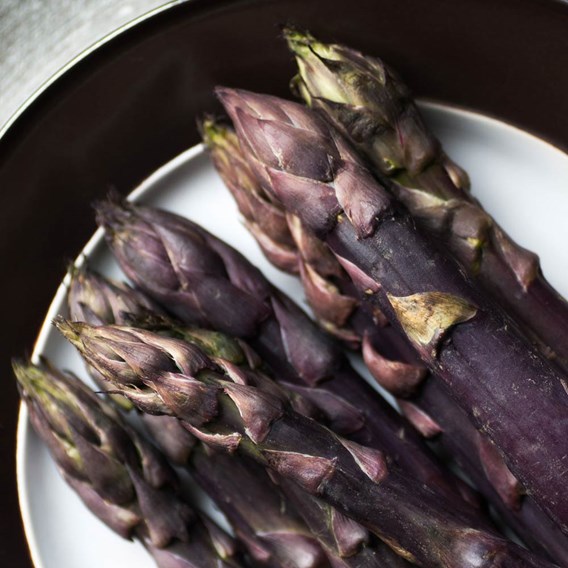 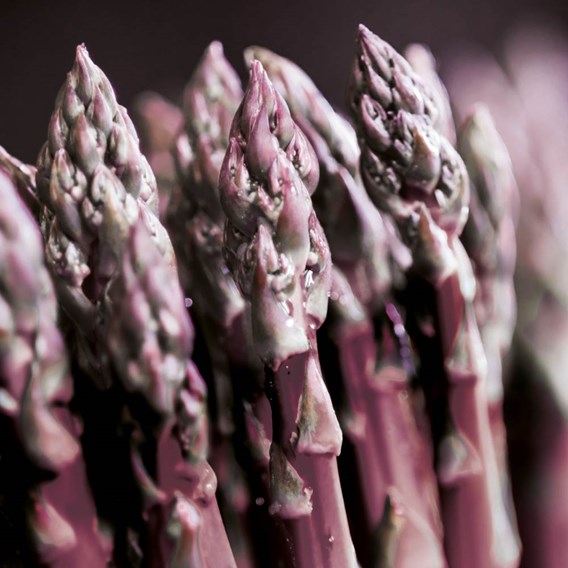 The asparagus ‘Erasmus’ is an early-variety, with thick spears intense purple in colour. Great quality crops with superb flavour, the first 100% male asparagus. This asparagus crown is a one-year-old healthy, vigorous variety. English grown crowns, which are quick to establish, enabling you to pick 12 months from planting. 10 crowns plants a row 3.75m (12½') long. Harvesting April - May.

Asparagus remains productive for up to 20 years! Bringing you years of delicious crops. It it is tasty as it is colourful, the ‘Erasmus’ variety is popular for its use in salads or accompanied with chicken or fish dishes.

Caring for your Erasmus 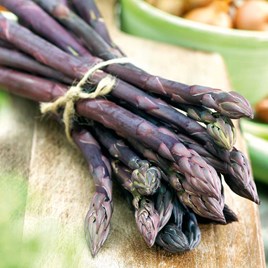