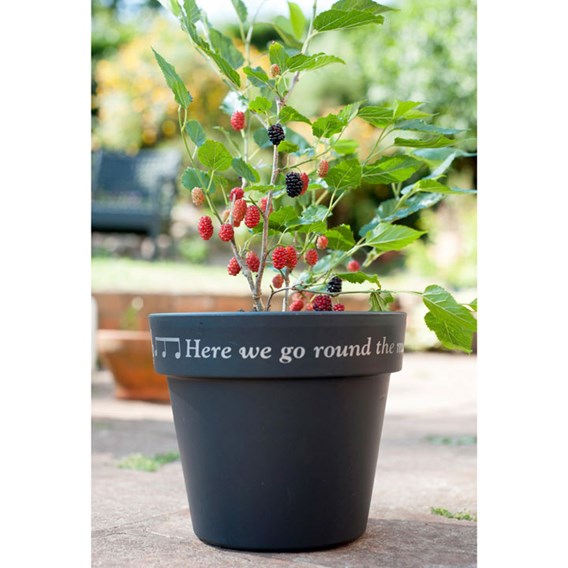 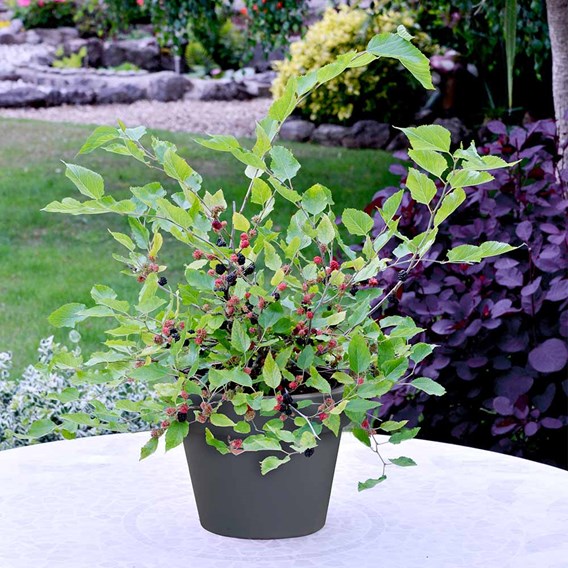 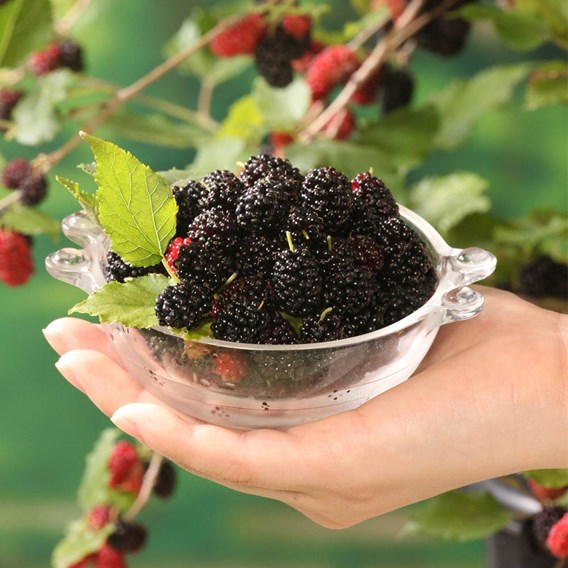 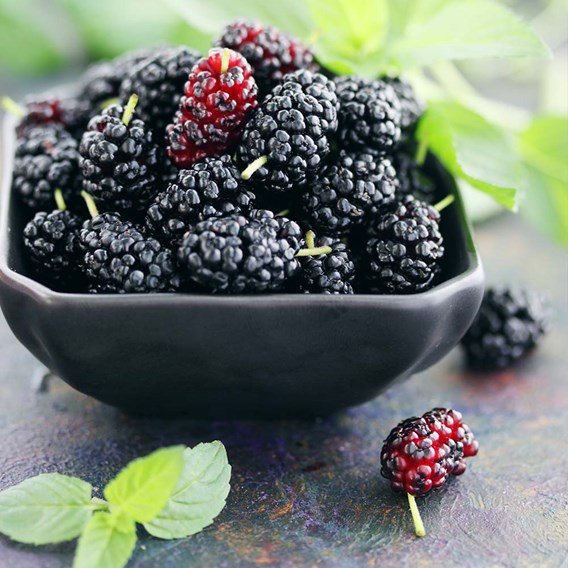 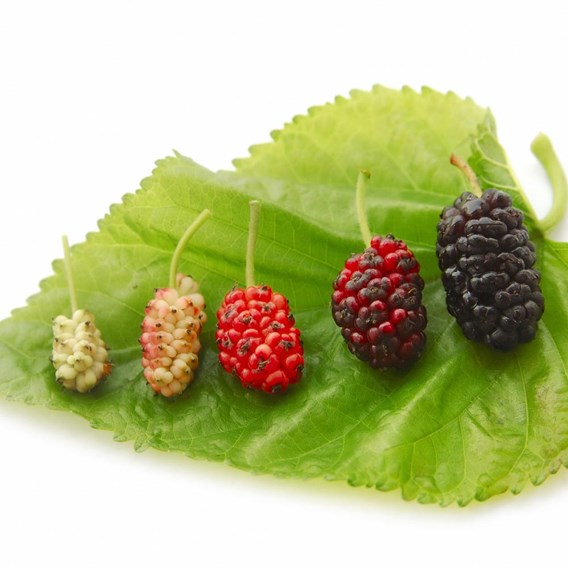 The new The Dwarf Mulberry Bush – We know it can be tricky to find the fruits in supermarkets, and you can have all the joys of growing your own mulberries without the hassle of keeping a large tree. With heights reaching 8 metres, many people don't have the space for a mulberry tree, and this one was named Plant of the Year at the 2017 RHS Chelsea Flower Show.

This dwarf, compact variety only reaches a height of approximately 1.5m (compared to normal mulberries that can reach up to 8m in height), making it suitable for any garden. It’s self-pollinating, fully hardy and fruits on both old and new wood, meaning you can be picking mulberries within the first year as opposed to the usual 8 or 9 years it takes most other mulberries. And unlike other varieties that only produce fruit over a 3-week period towards the end of summer, Charlotte Russe (Matsunaga PBR) produces berries over a very long period, from May right through until September! Please note: These plants will go into dormancy in the autumn and will lose their leaves. Supplied in a 2 litre pot, plant size 15cm. The 'Here we go round the Mulberry Bush' pot is included.

The Charlotte Russe dessert is said by some to have been invented by the French Chef  Marie Antoine Careme, who named it in honour of Queen Charlotte, wife of George III. Though not traditionally made with mulberries they certainly would be a good choice!

Choose a sunny position and a good fertile ground adding multi-purpose compost or well rotted farmyard manure. The soil should be moisture retentive and free draining. The plant may still need watering for the first year or so and during periods of dry weather.

This Mulberry is perfect for growing in a pot. Plant into a decent size pot (approximately 20 litres) using multi-purpose compost and ideally mixing in a long term feed or feed regularly during the growing season with a shrub and fruit feed.

Keep the pot well watered and prevent from drying out during the summer to ensure a healthy plant and even more fruit during the season. Check your pot every spring and if the roots have filled the pot, then plant it into a larger pot. Homemade compost could be added for richness. In subsequent years Mulberries may still need regular watering and feeding to produce extra fruit. 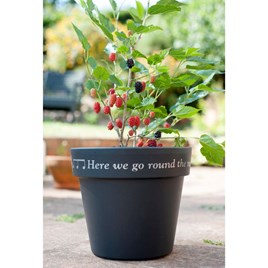 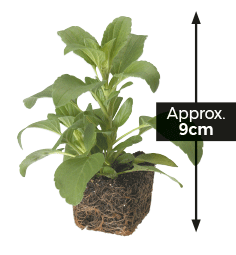