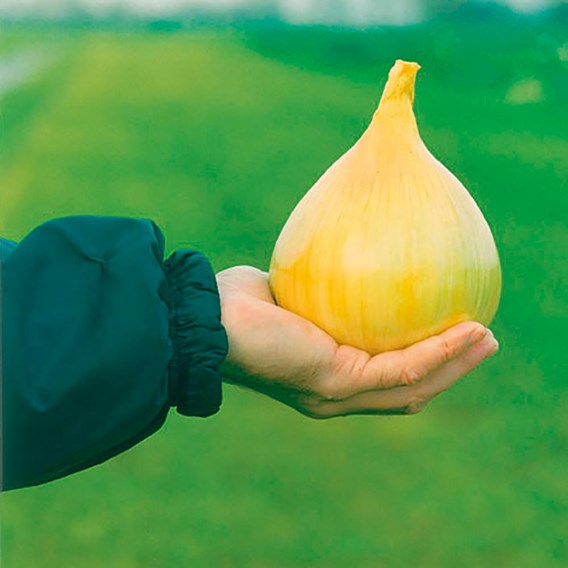 Aptly named, this is the best onion for showing for many a while! Whether you are a serious exhibitor or just someone who wants to take a crack at the village show, it’s worth giving this one a try. Weights can get up to 1000gms, yet the flavour is still maintained and unusually for a large onion, it also stores well.

For exhibition, sow thinly December-January in a propagator on a windowsill or in a greenhouse at approximately 15-20˚C (60-68˚F).Cover seeds with 6mm (¼") of sieved compost. (Germination 18-24 days.) Transplant seedlings when large enough to handle into 75mm (3") pots, grow on and plant out into prepared soil manured the previous autumn. For culinary use sow thinly direct outside in March-April into finely raked firm soil at a depth of 13mm (½") rows 30cm (12") apart. Thin seedlings to 15cm (6") between plants. Sowing to cropping – 24 weeks. 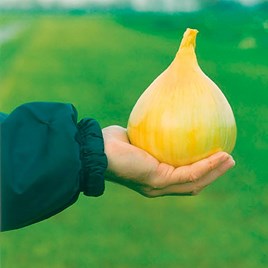